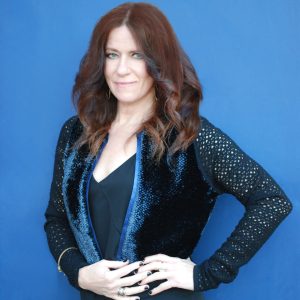 WHITE-KNUCKLING SPRING BREAK: Life Lessons While Four-Wheeling with My Teenager 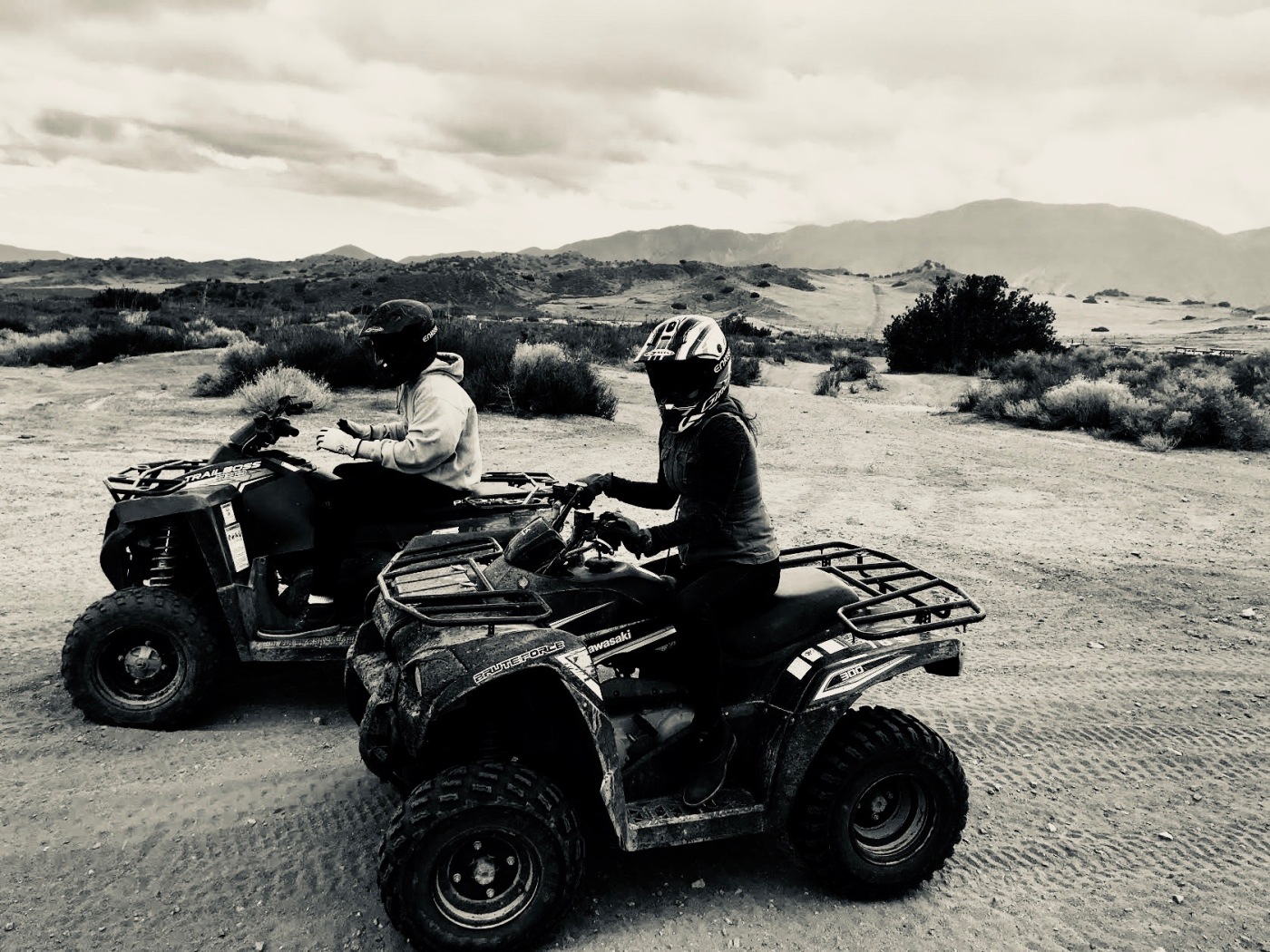 I’ve always been an adrenaline junkie, and I’ve been chasing the jolt for so long there is probably a new term for it. My fearless fifteen-year-old son possibly knows it, but he skimps sharing hip terms with his mom. As he should. But wait, who’s the mom who skydived, drove a Ferrari at high speed on a race track, zip lined, sang the National Anthem before a pro hockey game? Oh, and she also plays ice hockey? Yup, my kid’s mom. But, my teenager still prefers not to be seen with me (typical), but he likes to hang out occasionally. But only if our activity involves fast cars, a hint of danger, and no one sees us together. So, I figured our “bonding” time over spring break should suit us both: adrenaline filled, memorable, and helmets (you know so we won’t be identified).

We’re heading sixty miles north out of Los Angeles to a four-wheel rental destination in the high desert. I’m excited. It’s a bright, sunny Saturday morning. It’s a long drive, so, I’m thinking: I have my son alone, and I can’t wait to catch up! But, after he slams the passenger door shut, he says, “Mom, I’m kicking back. I need sleep.” He fully reclines the seat, and he’s OUT. Like, BAM…out! So, I let him sleep. But naturally, I glance at him every chance I can. Moms always watch our kids sleep. I don’t know if its because they’re finally quiet, NOT arguing with us, or we’re so in love with them, we stare when we know they’re not looking. Right now, I’m all that as well as amazed this almost full-grown human with facial hair and size thirteen shoes, is no longer my little boy.

After navigating freeways in silence and perfecting mom glances to the passenger seat, I wake my son with a pat on his leg and the announcement, “Time to wake up.” Blurry eyed he inclines his seat and asks, “Where are we?” I want to answer, “We’re here,” but instead I’m forced to say, “Crap, I’m lost.” We end up at a park ranger station at the entrance of Apple Canyon Park and Hard Luck Road. I’m sure there’s a good story for the naming of this road, but I don’t ask. The park ranger reassures me I’m not the first to get lost and advises me to turn around and go back to Hungry Valley Road and take a left. My son rolls his eyes and declares, “Come on Mom, I even saw that road.” I raise an eyebrow. I may leave him here and let him figure out why Hard Luck Road has its name.

After we navigate two miles down the gritty and bumpy Hungry Valley Road, we know we’ve reached our destination by the significant number of dirt bikes, four-wheels, and dune-buggies zooming about. The aroma of gasoline and the sandy haze also confirm we’ve arrived. I park my dusty car and find our guide. The twenty-something gal in braids double checks my ID and asks if I want insurance on the ATV. “You know, one of you may run into a tree, get stuck in a dry creek, or flip over,” she says nonchalantly while pointing at insurance options on her iPhone. My shoulders tense and my eyes squint. I usually don’t fall for these insurance ploys. Then I look at my yawning teen. I buy the insurance.

She offers top of the line helmets, but my son declares he brought his own from his extreme down-hill mountain biking days at Mammoth a few years back with his dad. This was an adventure I did not attend, but I heard a lot about it, and I helped nurse my son’s scrapes and bruises upon his return. The guide agrees his helmet meets safety standards, but it’s too small. It’s an adult medium. She puts him in an adult extra-large. My eyes widen when it fits him perfectly.

She begins the debriefing as we sit on our ATV. The vehicles are the same size except his has only one handbrake, and mine has brakes on both handles. Shouldn’t he have the ATV with two brakes? A more pressing reality draws me back in that my son is not listening to her (he’s not making eye contact) as he’s checking out his machine, touching this, touching that. I’m diligently heeding all the darn details. She yells, “There will be other riders out there. There will be animals that could cross your path like coyotes, snakes. There is a lot of brush, deep sand, so pay attention!” Now my son is softly pressing his right thumb on the throttle and smiling with each little pop of exhaust. Until I knock my fist on his helmet and shout, “You listening?” He gives thumbs up. I snicker. My stomach sinks. Maybe we should’ve gone to a movie.

Our guide says she’ll lead us, my son will follow her, and I’ll bring up the back. “And stay five seconds behind each other. And watch my hand signals,” she shouts. And she’s off dust and gravel whooshing out from her tires. And then he’s off without a look back for me, kicking up even more gravel and dust. I literally have been left in the dust. Untypical for me, I gingerly ease into the thumb throttle and then pick up enough speed to join them.

The three of us are moving along suitably no more than 20 mph over gravel bumps, through dips, around high grass and sand covered corners. We go faster on straight stretches of flat dirt. My son doesn’t take long into our scheduled one hour adventure to take curves tighter or go higher on embankments. While I’m driving conservatively, he’s standing up on moguls, gunning it trying to catch air. When we come to deep, loose sand, he doesn’t see it as a time to slow down but as the best time to spin the wheels, skid sideways and spray sand. Of course, this is all out of our guide’s sight but I see everything, and I’m white-knuckling my handlebars. I’m not sure if I’m pissed at him for his stunts or impressed he’s at that beautiful age when adrenaline flies through your veins with no worry of consequence. He’s seizing the moment, but he looks back often. One time he does the universal arm wave of “come on!” He’s right. I need to step this up and go faster. And I want to! But all my adrenaline is in my tensed shoulders and eagle eye focus on him. But, this is the same kid who ruthlessly battled me on a paintball course, leaving me welted. You know what, this kid can handle himself out here. But can I handle myself? I’m terrified following him. I think it’s better not to watch your teen’s every move.

Rain begins to lightly come down, enough to speckle my goggles and ruin visibility. Our guide stops and tells us to remove our goggles if needed. My son genuinely asks, “You alright, Mom?” Shouldn’t I be asking him that question? “Yes, I’m fine. Let’s keep going,” I say, swallowing my anxiety.

As we continue, I relax a bit with each stretch. On a straight away, my son takes one hand off the handle and rests it on his thigh as he looks around calmly, apparently taking in the scenery. I realize then that watching my son navigate the ups and downs of the hills, the abrupt changes in path and traversing around small boulders, that today’s exploration is just like everyday life. I daily observe him dealing with unexpected complications, frustrations, and joys of being a teen.

I ease my ATV back to ten seconds behind and give him more space. He again waves me to him, but I shake my head and wave him on. Just like in life, I need to let him move forward a bit, without me.

When we finish, and helmets come off, he quizzes me. “Why’d you fall back so far? Were you scared?” I chuckle, shake my head, “No, I was giving you space.” “But, did you see what I was doing? Did you see how I took that last curve?” he says as he mimics the action with his hands and body as if he’s still on the ATV. “Yup, I never took my eyes off you.” He smiles. I wasn’t sincere though. A few times I looked away to take in the beauty of the desert trees, flowers, and the jagged mountains, and to try my mini adrenaline tricks, knowing no one was watching. But most the time I was all eyes on the young man in front of me.

We fill the ride home with energized conversation recalling the adventure, small talk, and his begging of when I’ll let him get a motorcycle. I nervously giggle and reply, “You know I’m not comfortable with that but how about I sleep on it. By the way, I need a nap.” “Dang, you’re getting old, Mom. Four-wheeling made you tired?” he says. I scoff thinking of him comatose on our departure. I gently pat his leg and reply, “No, I’m not tired. I’m just a mom.”

LAURIE MARKVART is a professional singer, musician, published songwriter, blogger, and poet. She thrives through life with GAD (general anxiety disorder) and is a social media advocate for positive mental health awareness. She is also a recent breast cancer survivor and talks about it openly. Laurie is Midwest-born but now lives in Los Angeles with her son, two cats, and a fish named Bob.